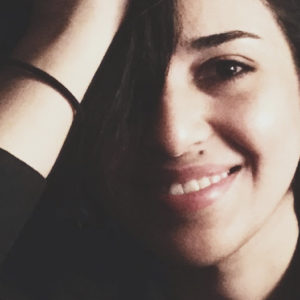 Since many whom I have tried speaking to in December and January 2020 about protecting the heritage of Tripoli from war have ignored the threat, it is ironic to see surprise about the rocket that fell in the Medina this 20th March 2020.

Not much damage but is an alarm.

I do not know what else was expected.

The destruction in Benghazi as in Syria should be enough motivation, but negatively watching until it is too late and then moan pointlessly is a typical chronic method here.

Maybe nothing will happen, that is the hope, but the possibility, the risk, is undeniable. Why not at least have that discussion? Let us discuss if anything should be done.

Before directly contacting conservators I posted to stimulate this thought publicly, optimistically believing in civil society action we saw past years. There were few encouraging comments, and one youth expressed interest to volunteer. However, although youth volunteers can be mobilised, this kind of action relies firstly and mostly on expert-based specialists and officials who are able to identify what is done and what needs to be done, if anything.

I then decided to contact directly a highly regarded conservator and whom I believe is best in the field in Libya – who simply ignored – besides speaking to few other locals and two UNESCO personnels. The best response I got was an expectation of me, individually, to plot, organise, and instruct (experts) on what must be done – which I do not mind but I am not the person with insight in the system or measures already taken, nor do I have the access or support other than my contacts with conservators whom I attempted to mobilise along with myself.

I write this to let the pain be known, to ring the alarm once again, and to highlight that we must stop being dependant in every field and every aspect (which I am also not un-guilty of but consciously pulling myself out of).

I gave up in February.

In March, I gathered myself back and considered my options.

From my limited individual position, after having several disappointments in expert mobility over years, I did find refuge in researching/publication and speaking internationally for advocation.

However, in March I realised that I can at least document vulnerable heritage. I now did begin a very humble project individually, and constructing a larger project with Foreign kind guidance.

I volunteer full time and hope to better my attempt of a contribution,  I am in constant regret, and very open to local expert-based guidance.

But collective mobility remains the only way…